Our staff is what makes us better! Learn a little more about the well-educated and highly-qualified crew at Royce’s Tree Service (RTS). 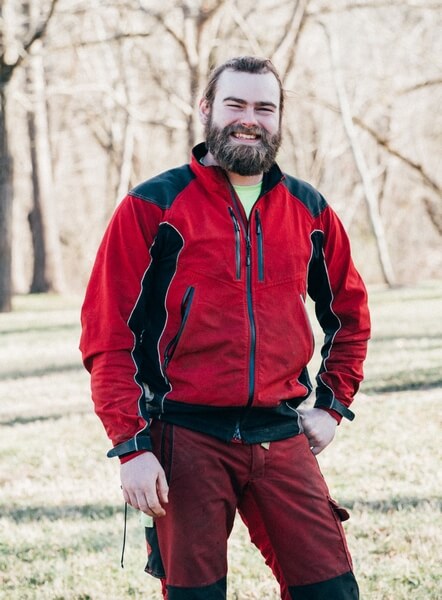 Eli started his tree climbing career in 2014 during his freshman year at Warren Wilson College (WWC). He worked with the Landscaping Crew to maintain the trees at WWC for two years before deciding tree work was his passion. Eli loves climbing in all forms and particularly enjoys rock climbing, ice climbing, and mountaineering. He is also a talented potter, musician, and has a keen sense of humor. Eli worked hard and became RTS’ third ISA Certified Arborist® in 2018. 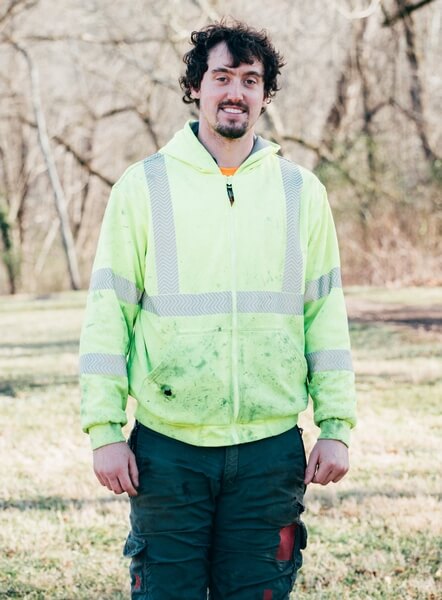 Jonathan became interested in conservation after working for the Clinton County (PA) Conservation District. The opportunities to positively impact the environment led to him joining American Conservation Experience, a conservation corps that taught him how to prune trees and operate a chainsaw. Jonathan is most interested in gaining more knowledge about sustainable pruning and SRT climbing. When he is not working, Jonathan enjoys foraging for wild mushrooms, woodworking, playing the drums, and water sports. Jonathan plans to become an ISA Certified Arborist® as soon as he is eligible. 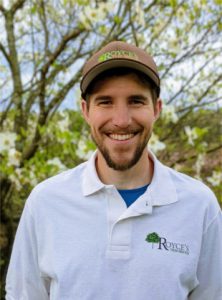 Gabe has worked in a variety of capacities in an outdoor setting, including several farms across the country. He has also had many informal experiences working with both light and heavy duty equipment to complete farm tasks. Most recently, his interest lies within plant health care and integrated pest management from growing an array of low-till, organically raised vegetables on a farm in Western North Carolina. In his spare time, he appreciates touring the country by bicycle, baking pies, handcrafting beer and soap, and reading all types of non-fiction literature. Gabe plans to become an ISA Certified Arborist® as soon as he is eligible.

Liam attended Warren Wilson College, where he was a part of the tree crew for four years, and the mountain bike team for two years. His time on the tree crew was spent learning how to climb, evaluate tree health, and apply chemical treatments. Intellectually, Liam is passionate about renewable energy, healthy ecosystems, and the curious nature of the scientific process. When not at work, he can usually be found outside, where he enjoys mountain biking, backpacking, and dreaming about similar adventures. Liam aims to hone his climbing skills at RTS and is currently studying to become an ISA Certified Arborist®.